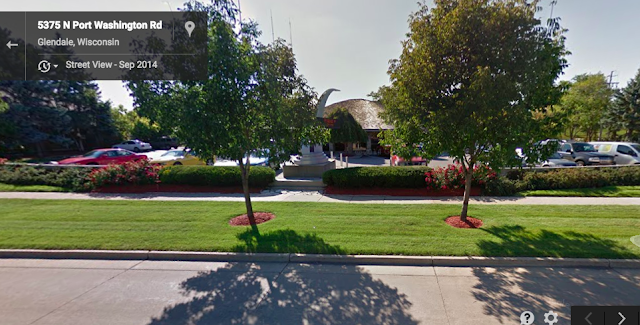 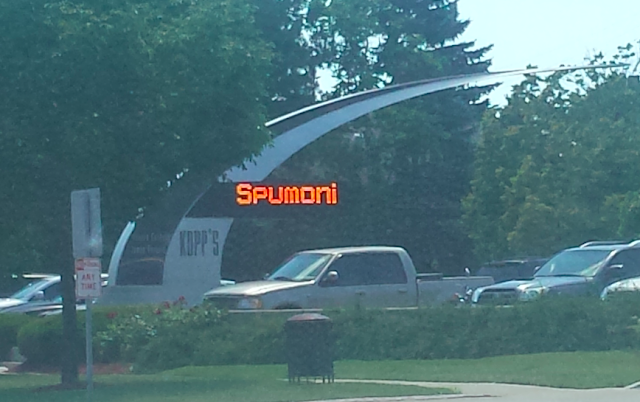 Wisconsin is known for cheese and other dairy products....  perhaps you are not familiar with "custard"... particularly "frozen custard." 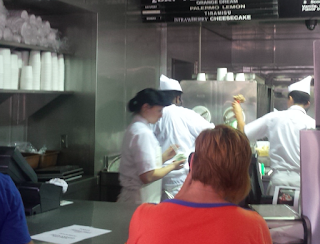 It's pure taste of flavor and dairy products.

Frozen custard is a cold dessert similar toice cream, but made with eggs in addition tocream and sugar.


Frozen custard was invented in Coney Island, New York in 1919, when ice cream vendors Archie and Elton Kohr found that adding egg yolks to ice cream created a smoother texture and helped the ice cream stay cold longer. In their first weekend on theboardwalk, they sold 18,460 cones.[1]
A frozen custard stand at the 1933 World's Fair in Chicago introduced the dessert to a wider audience.[2] Following the fair, the dessert's popularity spread throughout the Midwest; Milwaukee, Wisconsin, in particular, became known as the "unofficial frozen custard capital of the world".[3][4][5]
Per capita, Milwaukee has the highest concentration of frozen custard shops in the world[6] and the city supports a long-standing three-way competition between Kopp's Frozen Custard, Gilles Frozen Custard and Leon's Frozen Custard.

Kopps on WIKIPEDIA
Kopp's Frozen Custard is a restaurant chain located in the Milwaukee, Wisconsinarea. It specializes in frozen custard and large "jumbo" hamburgers. Founded by Elsa Kopp in 1950, the restaurants continue to be heralded by local publications for their quality food.[1] They have locations in three Milwaukee suburbs.
Kopp's was the first custard stand to offer a special "flavor of the day" in addition to the more traditional chocolate and vanillaflavors.
Elsa Kopp opened the first Kopp's stand at 6005 W. Appleton Ave., Milwaukee, Wisconsin (now the site of Junior's Frozen Custard) in 1950.[3] A German immigrant with no prior business experience, Kopp started the stand after her husband, Karl Kopp, developedParkinson's disease.
Some support in starting the business came from Leon Schneider, a custard machine repairman (the founder of Leon's Frozen Custard in 1942), whom Elsa Kopp had met while working at a bakery.
The Kopp's frozen custard stand rose in popularity quickly during the 1950s and was soon seen as a Milwaukee staple.[4]
The Glendale location (5373 N. Port Washington Ave.) is on the site of the former Milky Way drive-in restaurant, the inspiration for the external look of the Happy Days diner, Arnold's Drive-In.
Kopp's is now owned by Elsa's son, Karl Kopp, who also owns restaurants in Arizona and New York
Posted by Unknown at 3:46 PM No comments: 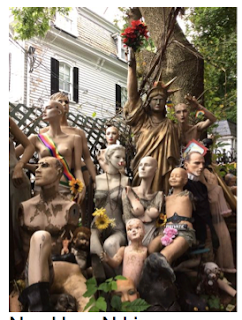 Six miles north of where George Washington crossed the Delaware, is the popular tourist town of New Hope, New Jersey.  This town of less than 3,000 residents is an art colony that supports local regional work. The numerous cafes and boutique shops are a carefree destination for day-trippers seeking a change from routine. Here’s a glance at a street-side July 4th garden.


Sights & Sounds of Summer
Street-side Garden,
New Hope, Pennsylvania
Posted by Unknown at 3:55 AM No comments:


It's hard to make a decision when visiting Lisbon for only a day.  I think there's nothing like a personal walking and dining tour of some of the best of Lisbon culture; port wine, Pata Negra, hidden sights and all you can eat and drink in a delightful atmosphere.

We went online and found high ratings for Your Friend In Lisbon, a website that offered a walking tour in the historical center ending with a wine tasting and samplings of cheeses, famous chorizo, jams, olive oils and the proper way to enjoy their renown Pata Negra and salted codfish (the codfish was actually delicious).  They lived up to their promise in a big way.

Personal tour guide Adriana met us at the appointed time a short walk from the shuttle bus stop at the Praca de Comércio. Adriana was cheerful, energetic and knew her stuff.  From there we enjoyed a picturesque walking tour through Lisbon's historical center.  It included the important things like just enough history not to get bored, the top pastry shop (with sampling), side stories we never would have known about (see the captions), hidden sights behind closed doors topped off by a glorious two hours with all the wine, tapas and conversation we could handle.

Here are some highlights of the perfect Lisbon day:

We would have passed by the doorway... but our tour guide opened the door and led us to a beautiful exotic space, reminiscent of more romantic times.


These are just a sampling of the wonderful sights and history we experienced.  I suggest that you contact  yourfriendinlisbon.com to experience your own special day.  The entire four-hour experience including all food and drinks came to about 120 Euros for two people.  Definitely reasonable and worthwhile.

Posted by Unknown at 2:30 PM No comments: